Extinction is the third paid DLC expansion for ARK: Survival Evolved. It was released on November 6th for PC and November 13th for Xbox and PS4, and is available for purchase through the Season Pass.

There’s a lot of new content in the new DLC expansion, including new creatures, new items, and most importantly, a whole new map. The new map is set on Earth, but in the future, overgrown with sci-fi and nature. A shattered moon floats high above Earth's red, swollen skyl, and a variety of strange, mutated plants, most red or orange, grow among the rocks of the barren wasteland. 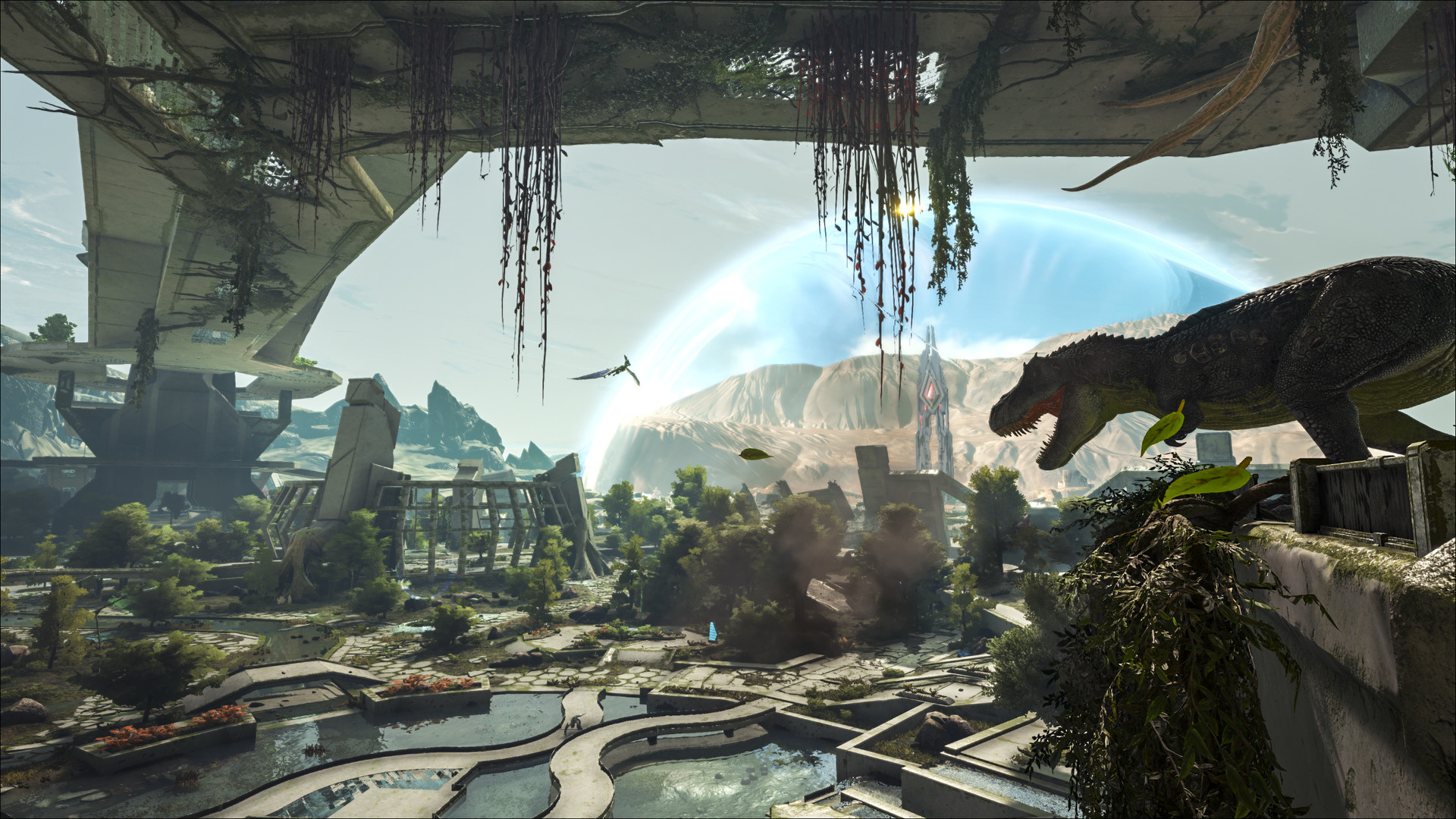 Creatures on the Extinction map are different from anything previously seen in the ARK universe. You can now capture, tame and craft powerful and unusual organic and mechanical creature types, rather than the usual you may expect. There’s a lot you can do with them, including:

- Increase your awareness by flying and controlling robotic surveillance drones 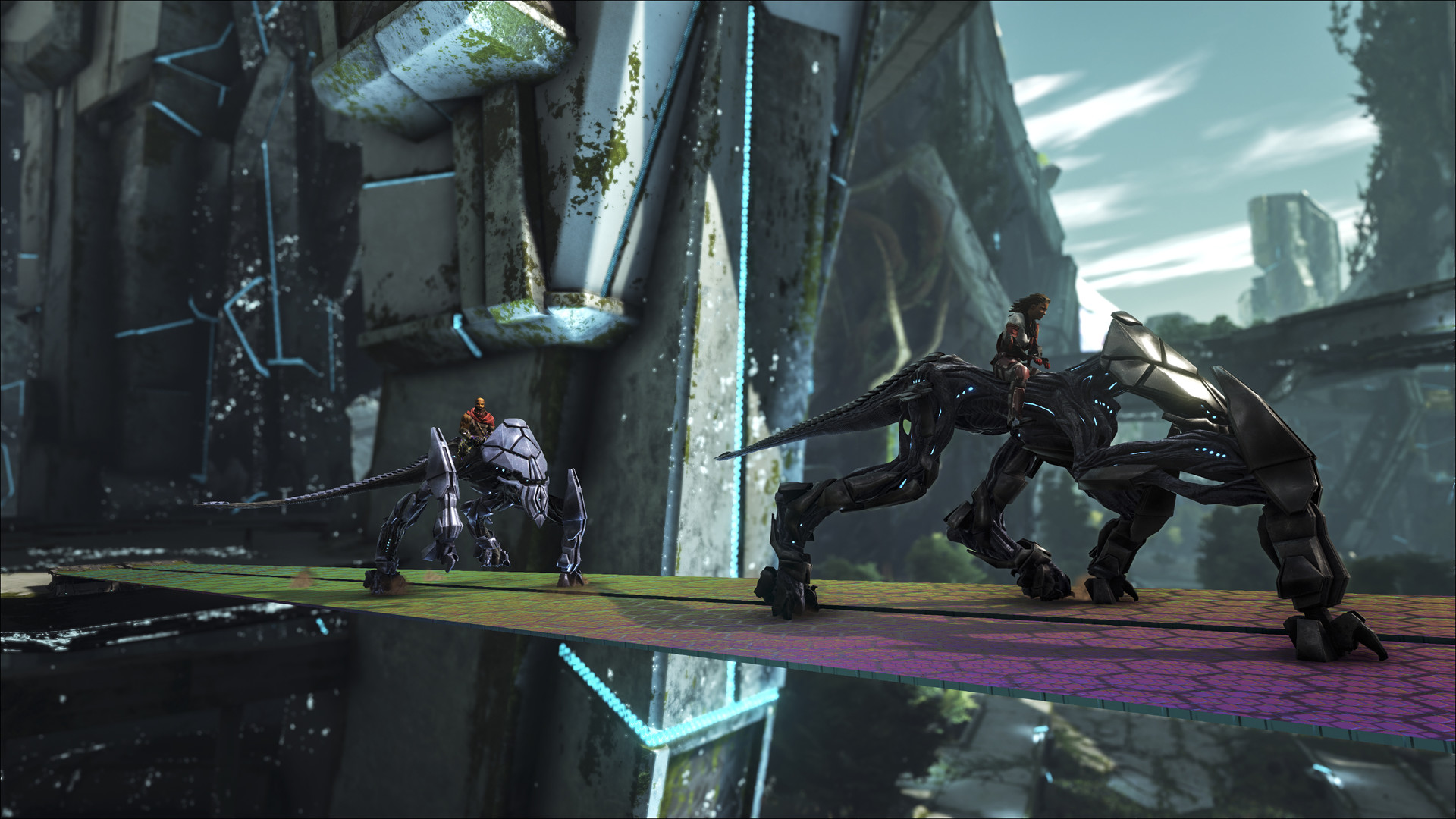 In addition to new creatures, there are also new unique crafting items, which can be very helpful to you. Some of the things you can do with the new items include:

- Keep your tames where you want them with a creature leash

- Store and preserve creatures in a portable crypod for reuse later 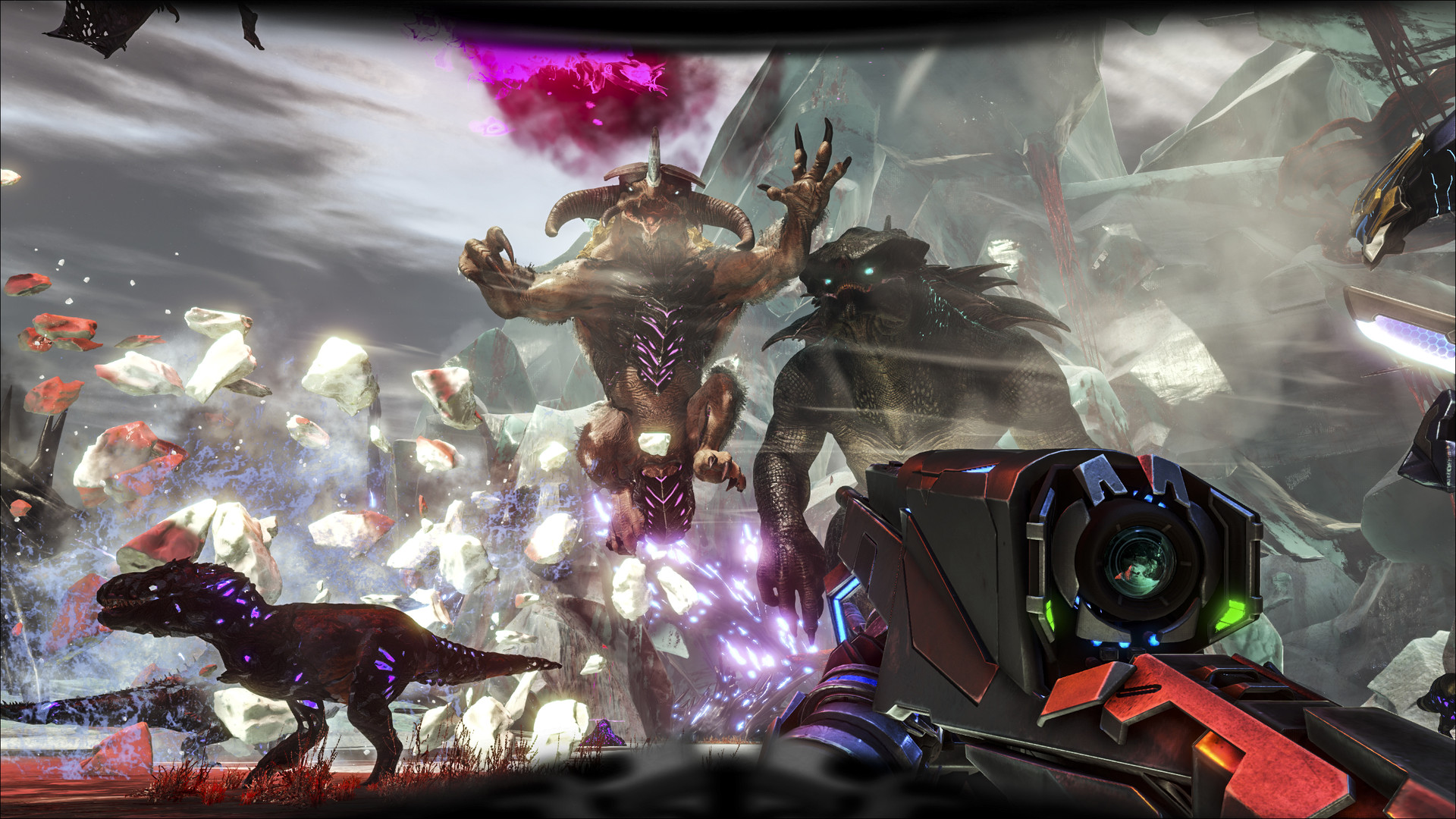 Survivors must also be prepared for unique challenges in this new expansion, which are fueled by cataclysmic events from Element running rampant across Earth, corrupting and mutating all that it touches. Expect challenges such as:

- Survive and shelter from environmental anomalies such as Element eruptions, eclipses and meteor showers

Several of us here at Streamline Servers ended up trying out the update to see what it was all about and if we liked it or not. We went around exploring the map together, taming dinosaurs and trying out some of the challenges such as fending off an onslaught of creatures trying to protect a supply drop that we came across. We even attempted challenging a Titan, however it did not go down too well for us. Overall, we were quite happy with the new content in this update. The futuristic style of the update is definitely quite unique and unexpected, however it spices up the game from what it has previously been.

Don’t already own the ARK: Extinction expansion pack? Click here to visit the Steam store and purchase it.