ATLAS is a new massively multiplayer fantasy pirate adventure game, developed by the creators of ARK: Survival Evolved. ATLAS will be capable of hosting up to 40,000 players exploring the same world simultaneously, which is a huge step up from what we’re used to seeing in most games. You can conquer territory, construct ships, search for buried treasure, assemble forts, plunder settlements and hire crew to join your powerful growing fleet of 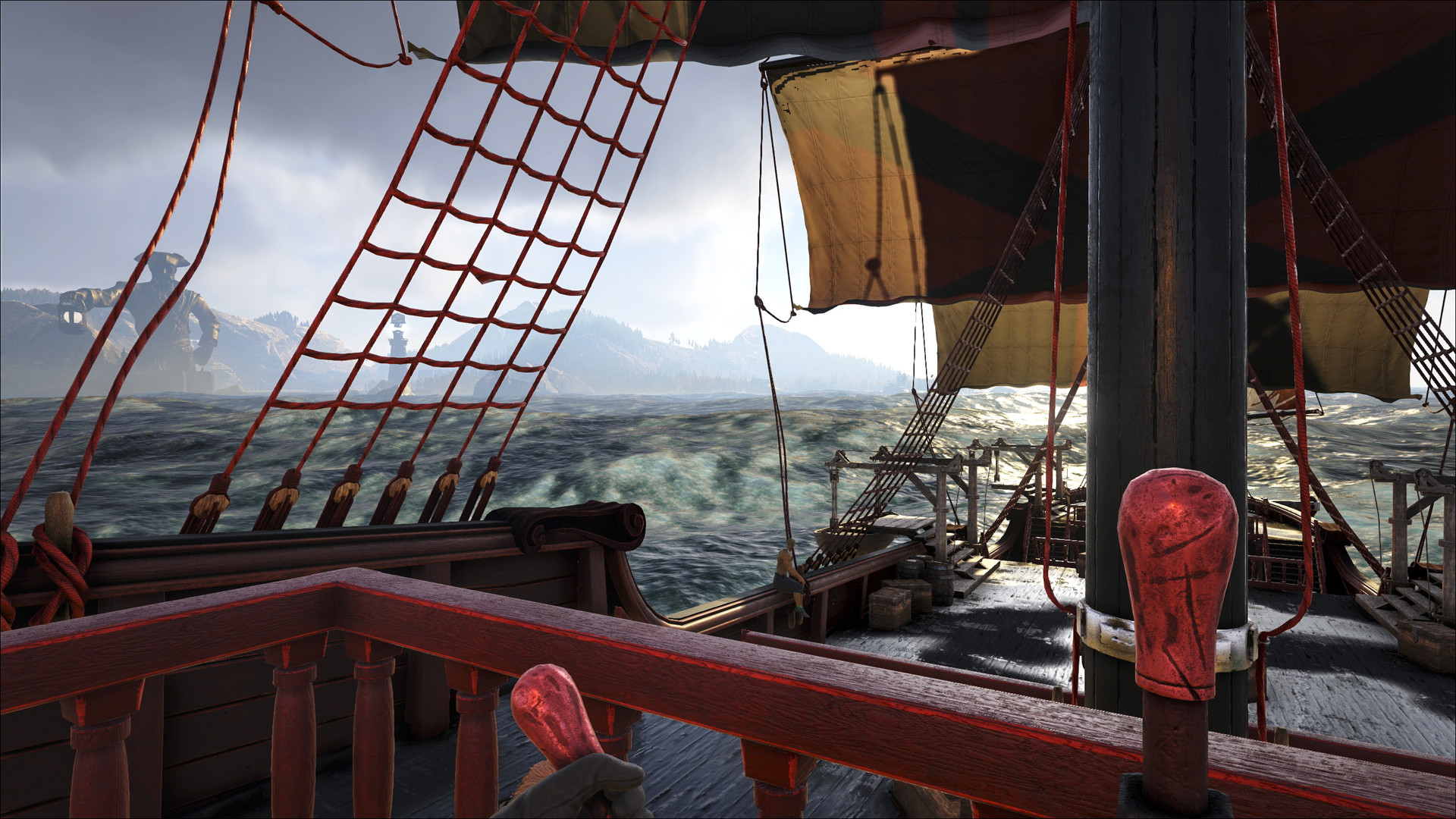 The vast oceans in ATLAS can be sailed across in real-time, thanks to the proprietary server network technology of the game. Explorers can voyage to over 700 unique land masses across 45,000 square kilometres. Thousands of Discovery Zones await you, and then distinct world regions, each having their own unique resources, creatures, secrets, and environmental hazards.

Extensive character visual customization enables an endless range of characters, with an array of sliders, morphs, muscle tones, and tweakable values. Per pixel design is also in the game, with the ability to design your own permanent tattoos and warpaint. Dynamic hair growth and real-time aging systems allow you to get old, but can be halted by finding a fountain of youth. 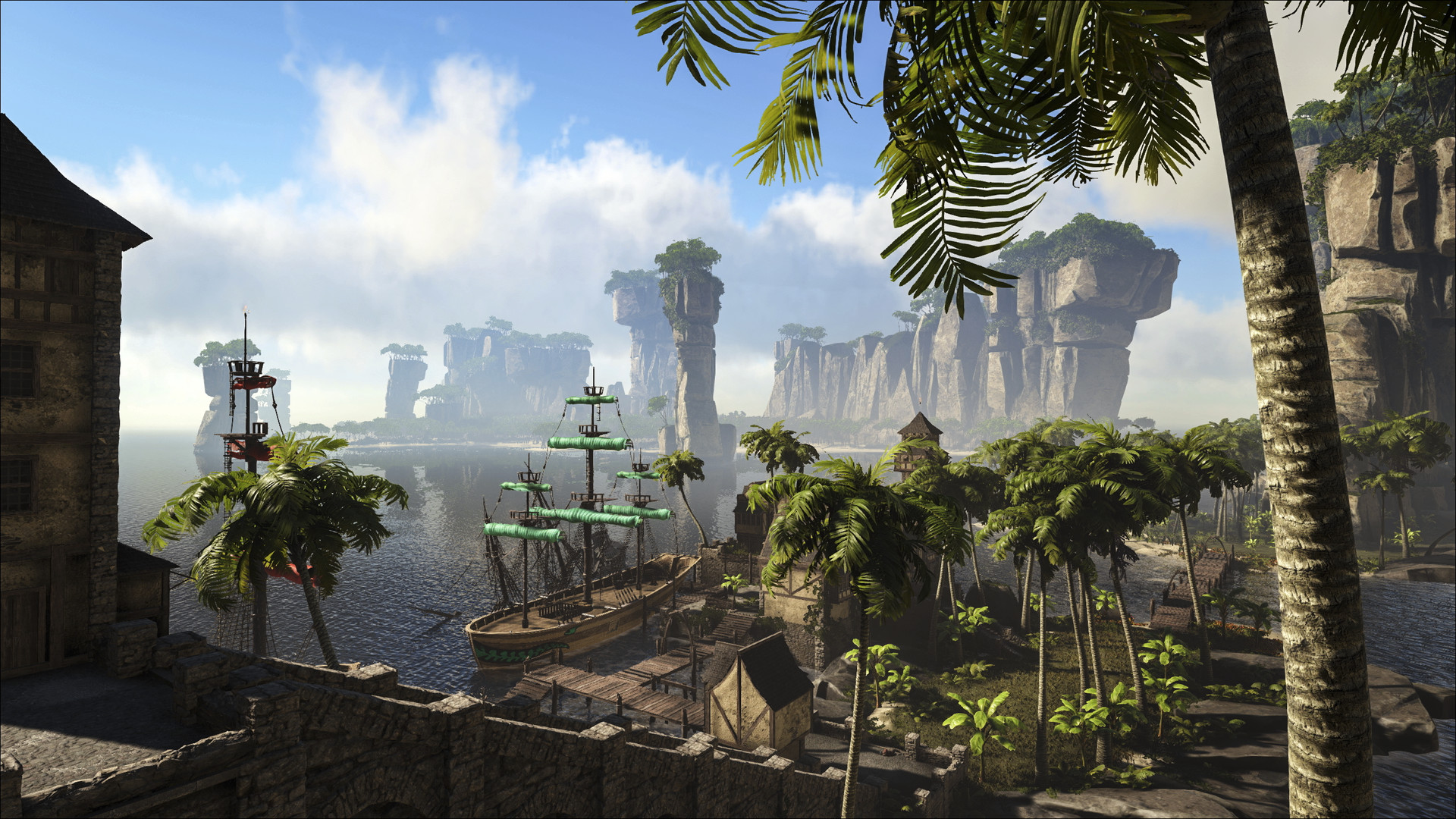 Players can start off building a dinghy rowboat, basic raft, tiny sloop or nimble schooner, moving up to their own versatile brigantine or titanic galleon capable of transporting hundreds of crew and extensive cargo. Ships can be customised to your liking and your factions colours. The ship’s sails, planks and gunports, and every single structure piece has physical weight.

What’s a ship without a crew? Real players and AI crew can both be recruited from freeports, and seasoned crew can be rescued from destroy “Army of the Damned” shipwrecks to man distinct stations on your boat. Ship crew are very versatile, whether on land, ship, or riding behind your animal companion, crew can man weapons of all kinds such as cannons, swivel guns, siege engines, turrets, and gigantic mortars. They can be instructed to board enemy ships and help you conquer the seas, or assigned responsibilities to direct the ship’s assignable weapon systems, sails, and stations, including standing-orders or manual grouped fire. Be sure to keep them well fed and payed though, otherwise a mutiny could start which is not what you want. 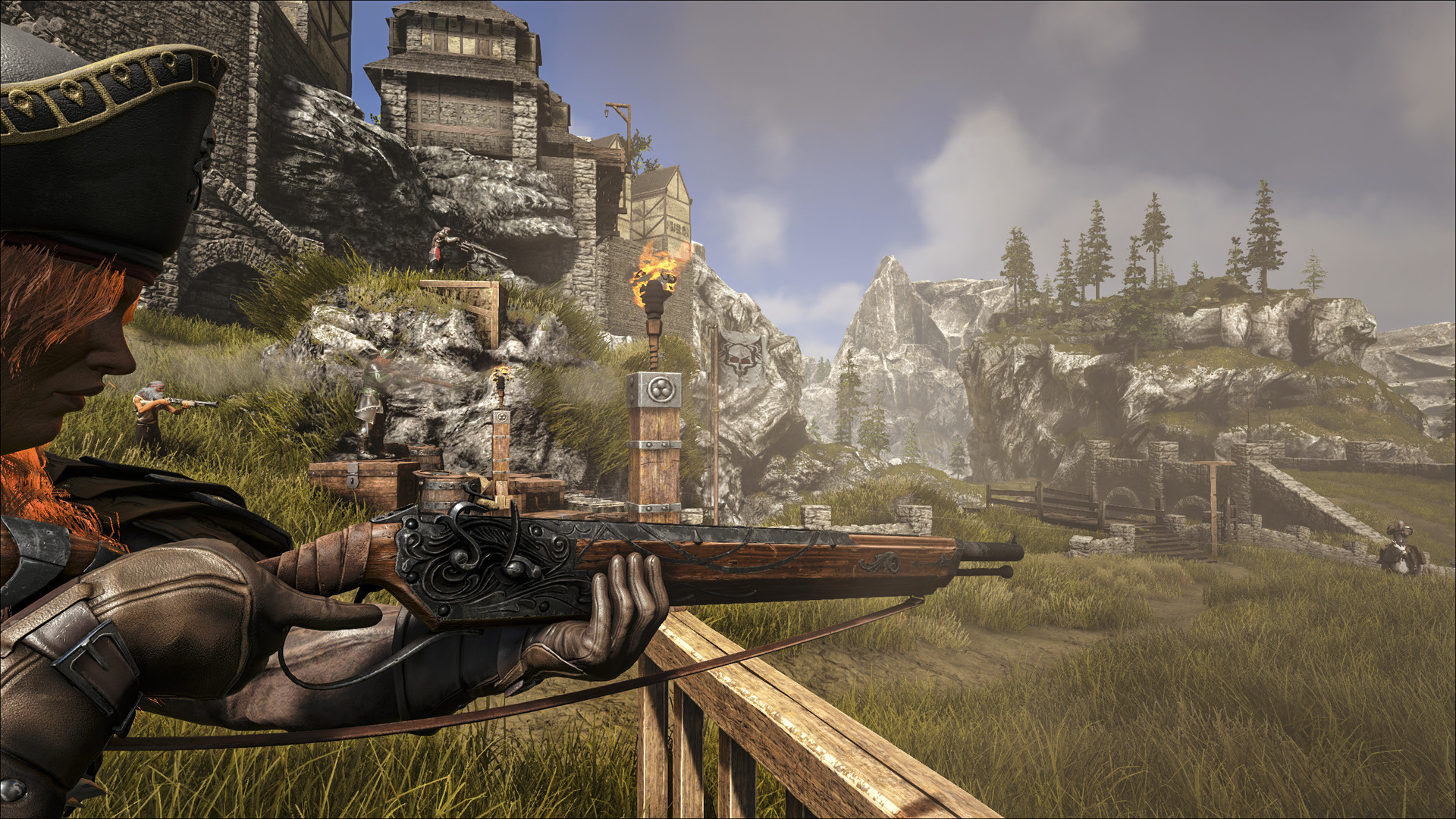 Everything is up for grabs by other players in ATLAS, including ships, crew, pets, forts, and land. If you can get your hands on it, then you can take it. Tactical melee combat systems with blocks, parries, dodges, character motion, optional shields, stunning and strength-varying strikes, directional attacks are all available to you in-game. Fists, swords, maces, blackjacks, daggers, and much more give you many options to pick the right weapon to get the job done. Meanwhile, other weaponry with skill-based active reload systems including flintlock pistols, muskets, blunderbuss, and more can also be used to attack your enemies.

If territory ownership is something you’re looking for, then that is something that can be done in ATLAS. Companies can be formed to claim territory and apply taxation and behavior rules to what you own. Territory ownership is visualised on your dynamic zoomable World Map, with Fog of War obscuring uncharted regions and Shroud of War hiding enemy territories out of sign range. Other governments can be contested with over ownership of land, structures, or ships to expand your empire. You can even design your own flags, to apply to your claims for other players to see. 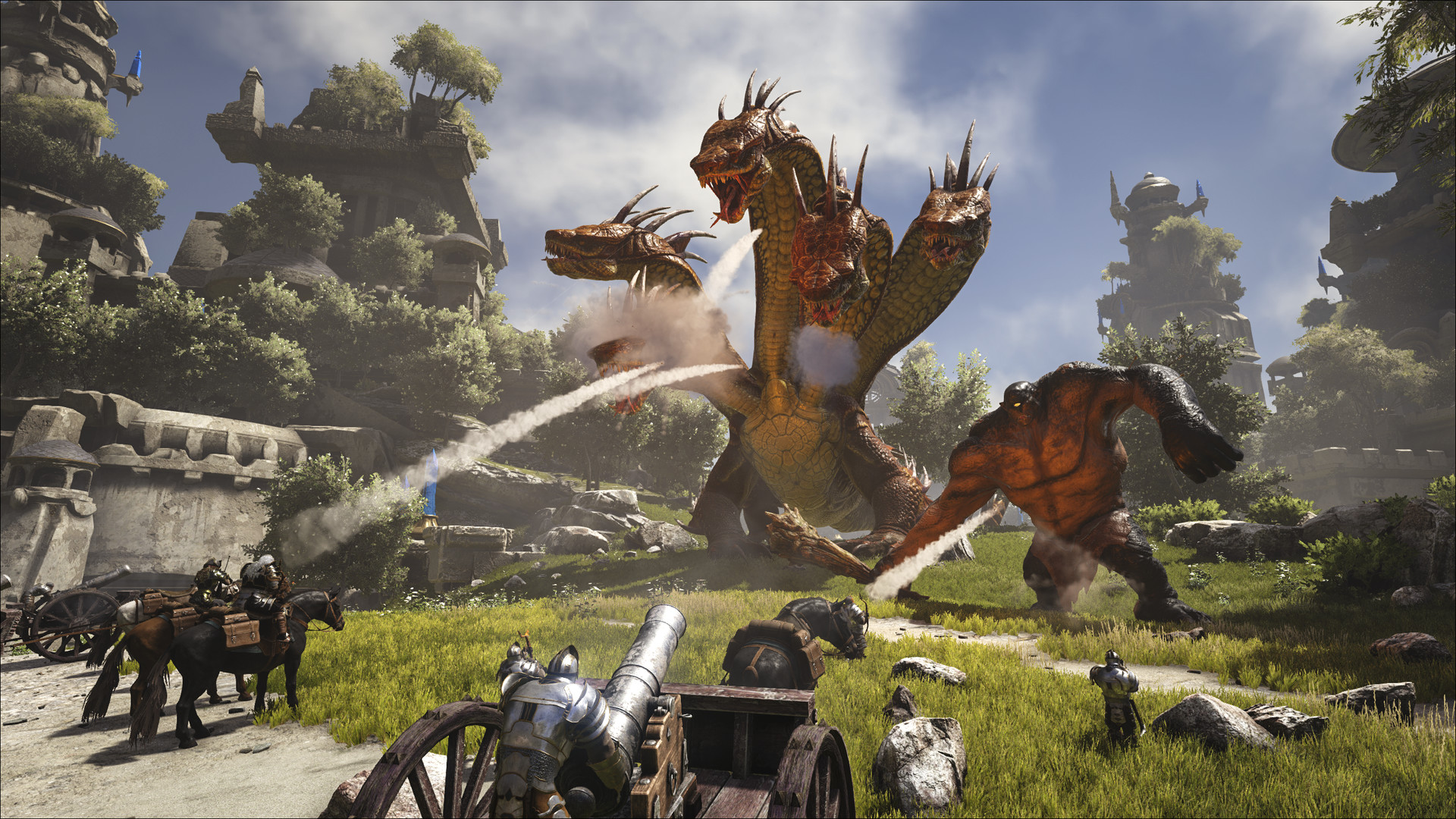 What would ATLAS be without any creatures? There are currently more than 50 creatures around the map varying from breedable utilitarian farm animals and shoulder mounted parrots that offer unique buffs, all the way to magical mermaids and gigantic sea monsters of legend. Creatures can be found in their logical regions, but take skill and tactics to tame using new mechanics, while also gaining the most benefit and fertility from their natural biomes.

Just like in ARK: Survival Evolved, an advanced building system is available in ATLAS as well. It has been overhauled, with automatic foundational elevation adjustment, dynamic tile type swapping, improved snap detection and previewing integrated plumbing systems, and the ability to per-pixel paint almost everything.

Overall, there is a whole lot of content available in ATLAS. A lot of the game mechanics, systems and UI are quite similar to ARK: Survival Evolved, so if you have played that before, you might find it a bit easier getting used to the game. The game is only in early access, so there is a lot more to come with additional content, changes, fixes, and optimizations.